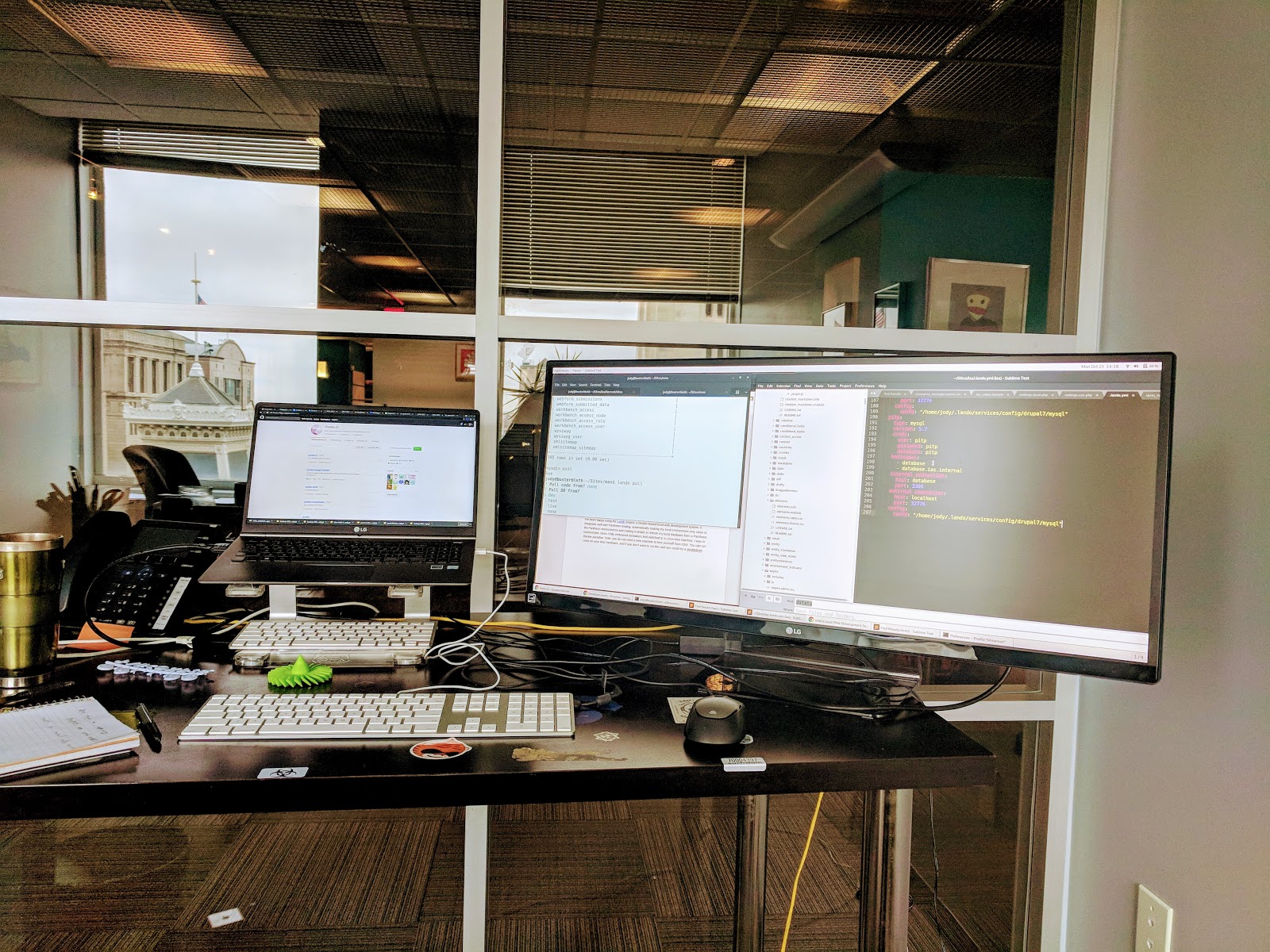 After a long run on MacBook Pros, I switched to an LG Gram laptop running Debian this year. It’s faster, lighter, and less expensive.

If your development workflow now depends on Docker containers running Linux, the performance benefits you’ll get with a native Linux OS are huge. I wish I could go back in time and ditch Mac earlier.

For almost ten years I was doing local development in Linux virtual machines, but in the past year, I’ve moved to containers as these tools have matured. The change has also come with us doing less of our own hosting. My Zivtech engineering team has always held the philosophy that you need your local environment to match the production environment as closely as possible.

But in order to work on many different projects and accomplish this in a virtual machine, we had to standardize our production environments by doing our own hosting. A project that ran on a different stack or just different versions could require us to run a separate virtual machine, slowing down our work.

As the Drupal hosting ecosystem has matured (Pantheon, Platform.sh, Acquia, etc.), doing our own hosting began to make less sense. As we diversified our production environments more, container-based local development became more attractive, allowing us to have a more light-weight individualized stack for each project.

Once I fully embraced containers and switched to a Linux host machine, I was in Docker paradise. Note: you do not need a new machine to free yourself from OSX. You can run Linux on your Mac hardware, and if you don’t want to cut the cord you could try a double boot.

In terms of editors/IDEs I’m still using Sublime Text and vim, as I have for many years. I like Sublime for its performance, especially its ability to quickly search projects with 100,000 files. I search entire projects constantly. It’s an approach that has always served me well.

I also recommend using a large font size. I’m at 14px. With a larger font size, I make fewer mistakes and read more easily. I’m not sure why most programmers use dark backgrounds and small fonts when it’s obvious that this decreases readability. I’m guessing it’s an ego thing.

In browser news, I’m back to Chrome after a time on Firefox, mainly because the LastPass plugin in Firefox didn’t let me copy passwords. But I have plenty of LastPass problems in any browser. When working on multiple projects with multiple people, a password manager is essential, but LastPass’s overall crappiness makes me miserable.

I typically only run the browser, the text editor, and the terminal, a few windows of each. In the terminal, I’m up to 16px font size. Recommend! A lot of the work I do in the terminal is running git commands. I also work in the MySQL CLI a good deal. I don’t run a lot of custom configuration in my shell – I like to keep it pretty vanilla so that when I work on various production servers I’m right at home. 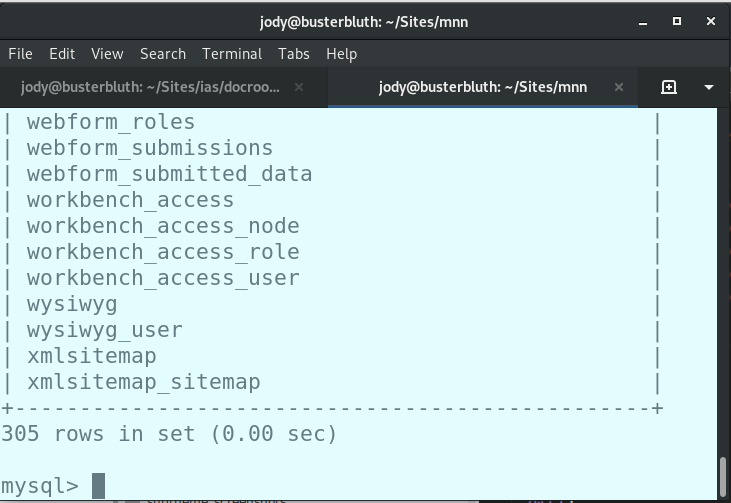 I get a lot of value out of my git mastery. If you’re using git but don’t feel like a master, I recommend investing time into that. With basic git skills you can quickly uncover the history of code to better understand it, never lose any work in progress, and safely deploy exactly what you want to.

Once I mastered git I started finding all kinds of other uses for it. For example, I was recently working on a project in which I was scraping a thousand pages in order to migrate them to a new CMS. At the beginning of the project, I scraped the pages and stored them in JSON files, which I added to git.  At the end of the project, I re-scraped the pages and used git to tell me which pages had been updated and to show me which words had changed.

On another project, I cut a daily import process from hours to seconds by using git to determine what had changed in a large inventory file. On a third, I used multiple remotes with Jenkins jobs to create a network of sites that run a shared codebase while allowing individual variations. Git is a good friend to have.

Hope you found something useful in my setup. Have any suggestions on taking it to the next level?