Open-source software (OSS) dictates that the source code of an open-source project is publicly accessible, and may be redistributed and modified by a community of developers.

Open source projects embrace strong values of community, collaboration, and transparency, for the mutual benefit of the platform and its users. This commitment to community pushes developers to constantly contribute new features and to ensure old ones perform properly. As a result, popular OSS projects are often on the cutting edge of technology.

The open exchange of information is fundamental to open source projects and allows them to be more cost-effective, flexible, and secure.

The majority of OSS is distributed freely, making it very cost-effective. Unlike closed proprietary software, OSS can be altered and extended by any developer familiar with the source code. This grants organizations freedom from “vendor lock-in,” where they must rely upon a single vendor for updates to their product.

OSS offers long-term viability because hundreds of developers supporting a widely adopted OSS project can be called upon long into the future.

Proprietary software often requires users to accept the terms and conditions of use, which restrict the ways in which developers and programmers can utilize a given product. However, with OSS, community members have open access to the source code and are able to use it in any way they see fit.

Freedom with the source code allows developers to create unique solutions, which can then be built upon by other members of the community. This process of crowdsourcing allows for development shops to pull beyond the talents of their teams, and access a repository of information compiled by the community at large.

Crowdsourcing also facilitates a constant process of peer review. Without proprietary software restrictions, developers in the open-source community are constantly reviewing code, building improvements, and closing gaps in security. This process also holds community members accountable for their contributions, and cuts down on the time it takes to push out an update.

OSS is built upon a talented pool of developers that value community and the open exchange of information. The open-source community is committed to updating and enhancing OSS so that it empowers developers with the flexibility and freedom to create more valuable projects.

This post was originally published on May 18, 2015 and has been updated for accuracy and freshness. 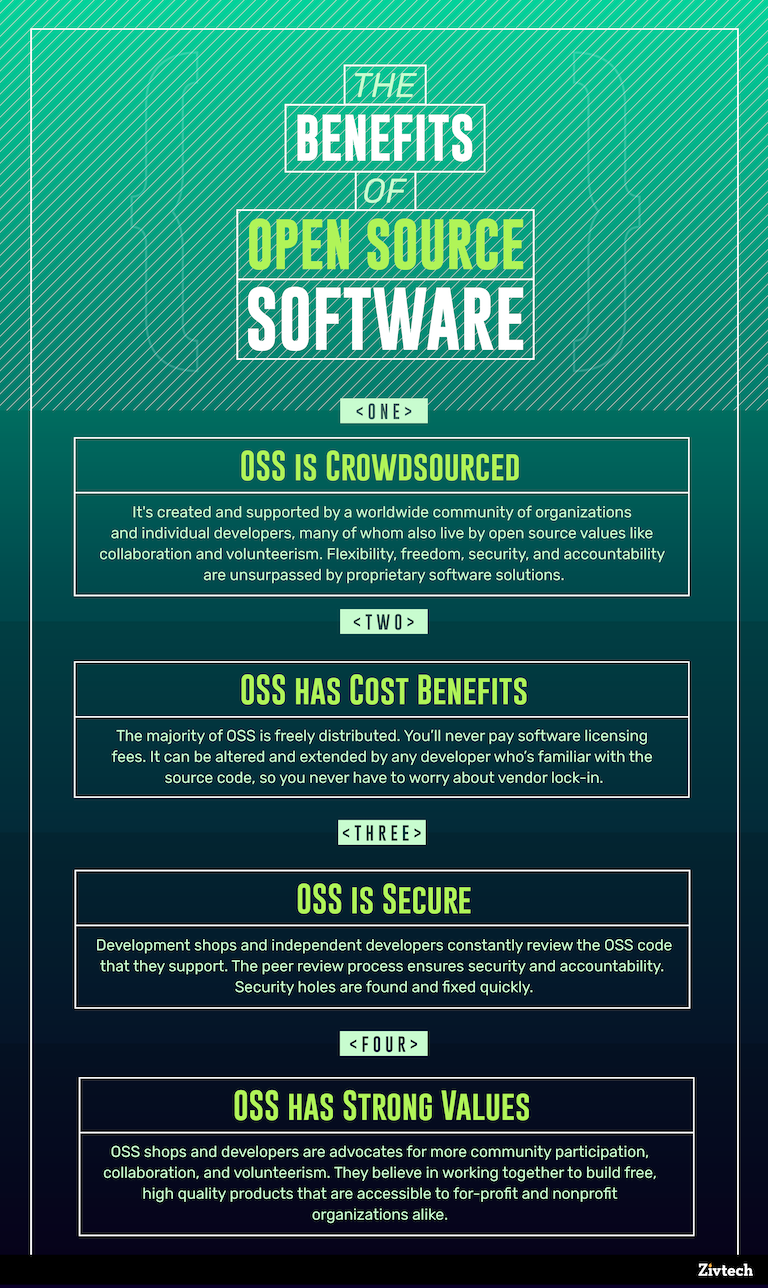